To be a leader among world class public Universities by: 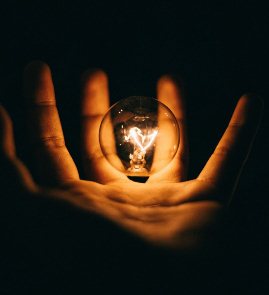 To be a student’s centered and community engaged institution by providing an enabling environment that:

The word ‘Character’ indicates the premium placed on the provision of education that prepares the University’s Students and professionals in its community for ethical leadership to promote enduring sense of global citizenship and service to the community. The word ‘Excellence’ emphasizes its quest for global excellence in the international community of the Universities. The word ‘Service’ pledges the university’s commitment towards steadfast, selfless, qualitative and effective service, in the course of delivering its tripartite mandate of teaching, research and community development, for the attainment of national goals and objectives.

The Wukari Campus of the Taraba State Polytechnic, housing the School of Administration and Business Studies was donated by the State Government to the Federal Government for the take-off of the Federal University Wukari, Taraba State. The formal introduction of Prof. O. Geoffrey Okogbaa, the newly appointed Vice-Chancellor of the University to the State Governor of Taraba State, His Excellency Pharm. Saidu Danfulani Danbaba, took place on Monday 14 March 2011 in the Government House at Jalingo, the Taraba State capital. The Minister was accompanied by the Minister of State, FME, Director (Tertiary Education) FME, the Executive Secretaries of NUC and ETF.

The Vice-Chancellor and the Ag. Registrar, Mrs. Agnes I. Bamgbala, were subsequently introduced to His Majesty, Dr. Shekarau Angyu Masa ‘Ibi’, the Aku Uka of Wukari, and Chairman of the Taraba State Council of Chiefs, at His Majesty’s palace, by the State Governor accompanied by the Deputy Governor, the Commissioner of Education, and other dignitaries within the State and Wukari town, on Tuesday 15 March 2011.

The traditional ruler assured the Vice-Chancellor of the full cooperation of the Wukari Community towards the successful take-off and development of the University. The traditional ruler, the Vice-Chancellor, Ag, Registrar, the State Governor and their respective entourages proceeded to the take-off Campus of the University for an inspection tour of the entire premises, immediately after the courtesy call on His Majesty, the Aku Uka of Wukari land. They were welcomed to the campus by officials and members of the National Youth Service Corps who were using the premises as an NYSC orientation camp. An aggressive staff recruitment drive, the renovation and upgrading of inherited facilities to University level, construction of additional structures and purchase of equipment, furniture and fittings commenced thereafter in preparation for the absorption of the University’s pioneer students in September, 2011, for the 2011/2012 academic session.

As a way of addressing the critical problem of qualitative access to tertiary education, the Federal Ministry of Education decided to implement the extant government policy of equitable educational development of Nigeria, by establishing federal tertiary institutions in every State of the Federation, where they do not currently exist. To this end, a memorandum was presented by the Minister of State, Education to the Federal Executive Council, at its 39th Meeting held on Wednesday, 10th November, 2010, requesting for the establishment of 44 additional tertiary institutions nationwide, to address the twin challenges of access and equitable educational development of States in the Federation.
Council, in its wisdom, however, approved the establishment of twelve new universities on the basis of equity and access. Nine universities were approved for take-off under Phase I of this initiative. Sequel to the above approval, a twelve-member Committee, under the chairmanship of Prof. Julius A. Okojie, Executive Secretary, National Universities Commission, was inaugurated by the Honourable Minister of State, Education, Olorogun Kenneth O. Gbagi on Thursday, 11th November, 2010, to among other assignments, develop the modalities for the location and take-off of these universities.

The report of the Technical Committee was presented to the Honourable Minister on Monday, 15th November, 2010, in compliance with the ministerial deadline for the submission of the report. For the effective take-off of the nine universities drawn from all the geo-political zones, the Honourable Minister of Education accompanied by the Director (Tertiary Education) Federal Ministry of Education and the Executive Secretaries of NUC and ETF, visited the identified States. With the support of the State Governments, permanent as well as take-off sites were identified. These were subsequently approved by the Federal Executive Council. Council also approved the sum of N1.5 billion for each University to be sourced from the Education Trust Fund (ETF). The Federal University Wukari, Taraba State, was one of the nine universities approved for take-off under Phase I of that initiative. Mr. President, His Excellency Dr. Goodluck Ebele Jonathan,GCFR, in his capacity as Visitor to the nine newly established federal universities, appointed Vice-Chancellors and Registrars for the universities on February 7, 2011. The nominees were inducted into office by the Honourable Minister of Education, in the conference room of the Federal Ministry of Education Headquarters, Abuja, on Wednesday, 9 February 2011.